In 2012 I built a scoreboard for the Fantastic Feud trivia game held during the Fantastic Fest film festival. In 2013 I built a podium with "buzz-in" buttons and lights. This year, they wanted a bolder indication of which contestant buzzed in. The little red LEDs in the box on top just weren't cutting it.

Last year, Maxim Pozderac (Fantastic Feud show runner) build the scoreboard digits into the podium, so it looked like this: 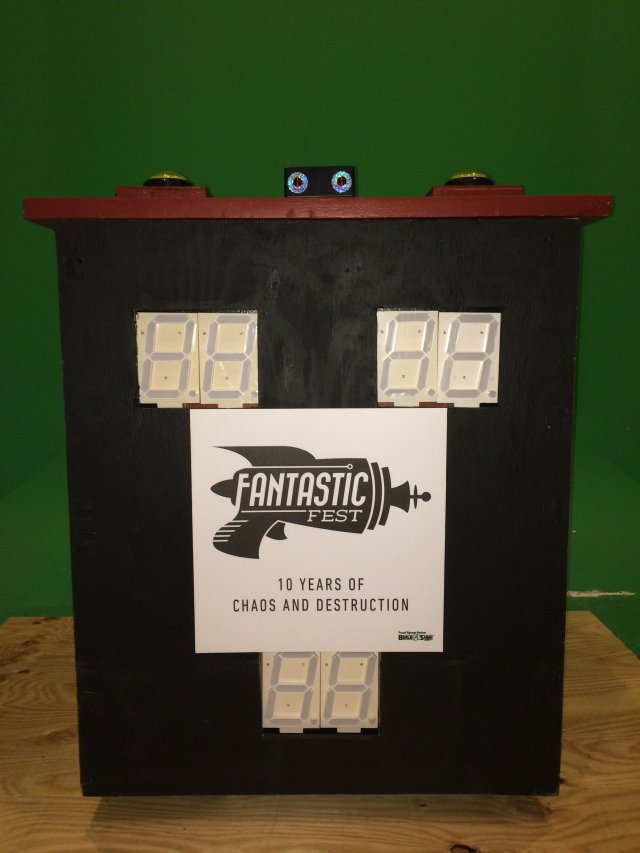 Maxim made some sketches of his concept for a bold indicator of the buzz-in winner - giant arrow shapped ligts! The concept drawing also included the Delptronics logo. There was no budget this year to pay for the upgrades, so Delptronics sponsored the podium and got to put it's (my) logo on it. 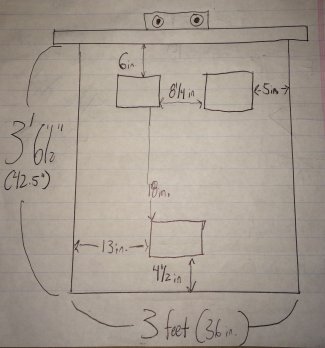 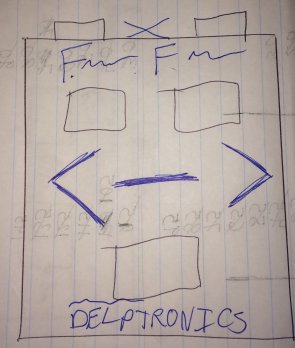 Another addition to the podium this year is an audible indicator that the buzz-in happened. In previous years, a person manually triggered a sound effect. The contestants cannot see the front of the podium, so they did not know right away who won the buzz-in. If the sound person was slow, or forgot to buzz, then the contestants would furiously pound on their buttons. Now the same circuit that handles determining the winner also triggers a sound. The sound is generated by a Delptronics ThunderBell electronic cowbell. I built the kit version of it right into the controller.

Below is the final result. I use three LED strips. The horizontal strip lights up when either contestant wins the buzz-in. The LED strips turned out to be crazy bright. Like, retina-damagingly bright. I mean you couldn't even take a picture of it without getting weird contrast issues and ghosting effects. Of course, we discovered this after it was built, which was the day before the Feud. I had to take the controller back to my lab, add a PWM dimming circuit to it, and get it re-installed the next day in time for the show. 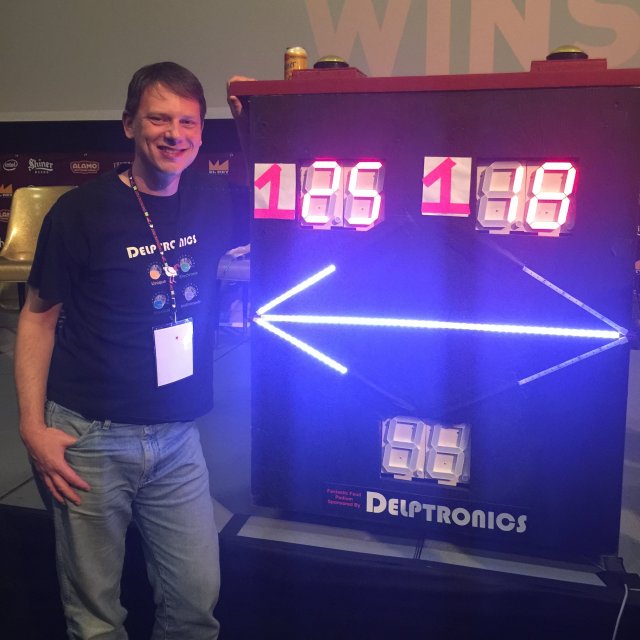 The new controller is a major upgrade to the old one. To make it more useful to the host, the reset button is much bigger and easier to press, and the winner indicator LEDs are further appart and color coded Oh, and there are actually labels - for both the controls, and for the screw terminals that connect wires to the buttons and lights. Below you can see both versions of the controller. Notice the brightness control on the second one. 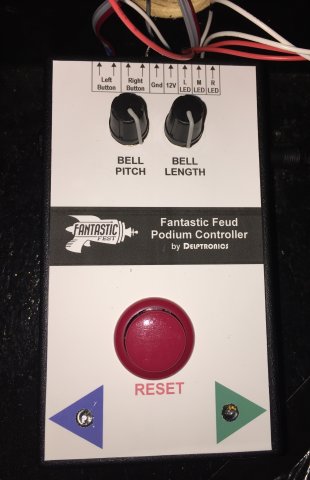 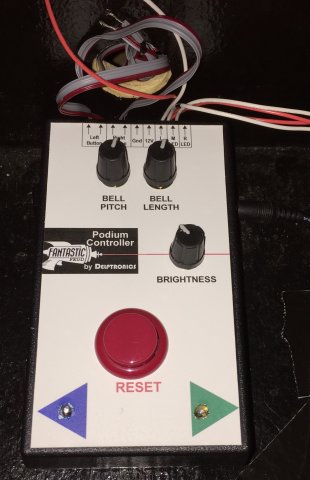