This is my first attempt at painting a custom pedal. Up until now, I have always used inkjet printed vinyl stickers on my custom pedals. 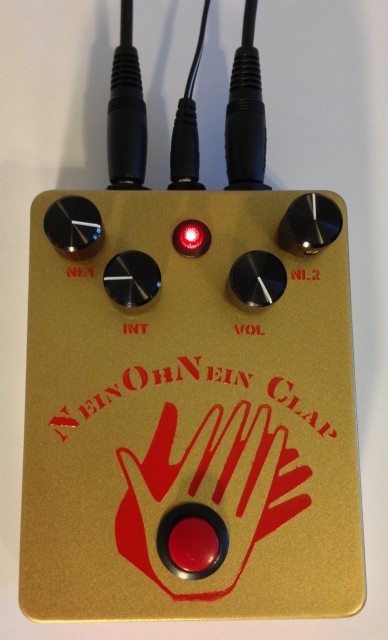 The pedal is built around the hexinverter.net NeinOhNein Clap circuit board, a clone of the clap sound from the TR-909. Hex Inverter has some great products including a whole series of 909 clone circuit boards.

The board is intended to be used in a modular synthesizer which supplies +/-12 or +/-15 volts. I wanted to use a standard 9V pedal power supply, so I did some testing. The circuit does not work well with +/-4.5 volts, so a virtual ground circuit was out. By not working well, I mean it had a hiss. I have noticed that with other circuits when trying to run them with very low voltages. So, I used a TC1044S charge pump chip to provide the -9V. I added an LED illuminated push-on/push-off power switch, a big button to trigger the clap sound, and a trigger input jack so the sound can be triggered by a drum machine or sequencer or whatever. I wired a diode in series from the jack and from the button to keep the voltage from either source from flowing into the other.

Building the electronics was relatively straightforward. The real project for me was making the enclosure look good!

I started with a pre-drilled and powder coated enclosure from Mammoth Electronics. Mammoth is a fantastic resource for DIY pedal builders. The nice black aluminum knobs came from them too. The power button and clap button came from Mouser.

Since I knew that I could never paint the pedal by hand, I figured I would have to use a stencil. So, I designed the layout in Corel Draw using stencil fonts. From the start I knew I wanted a graphic for the pedal. I found a drawing of hand and used the trace function to make it into a vector graphic. I duplicated it and welded the two images together to get the negative effect. I used the fit text to curve function for the name of the pedal.

The stencil was a vinyl sticker cut using a Silhouette Cameo digital cutter. It is pretty easy to import vector graphics into the Silhouette software and cut them out. Before pealing the sticker off of the backing paper, I removed all of the little cut out bits with an X-Acto knife and tweezers so they wouldn’t get stuck to the sticker itself. I also put a piece of scotch tape across the hand so that it would peal off in place rather than trying to place it after it was stuck to the pedal. I covered the sides of the pedal with clear packing tape to make sure no paint got anywhere I didn’t want it. I made extra sure that the sticker was pressed down firmly, especially around the cutouts so that no paint would seep under the sticker and blur the lettering or artwork. Below you can see the stencil before and after sticking it to the pedal. 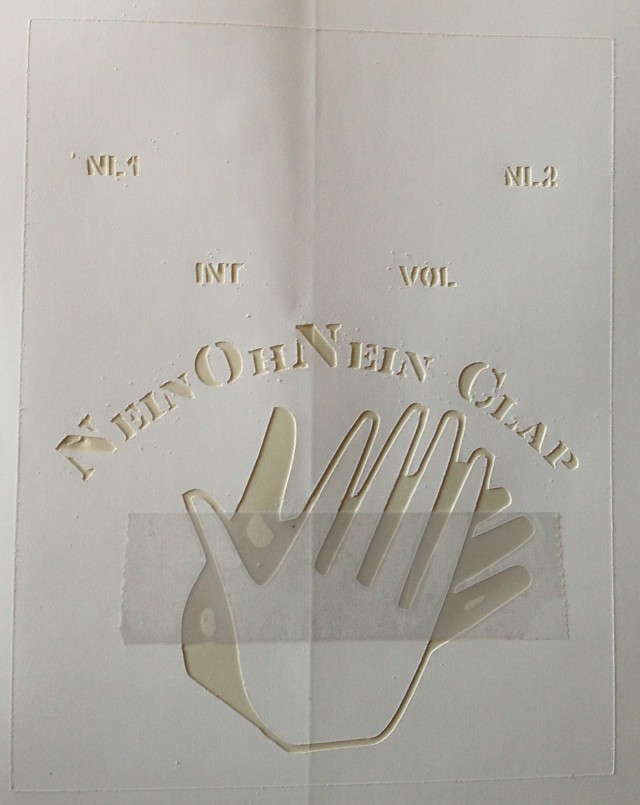 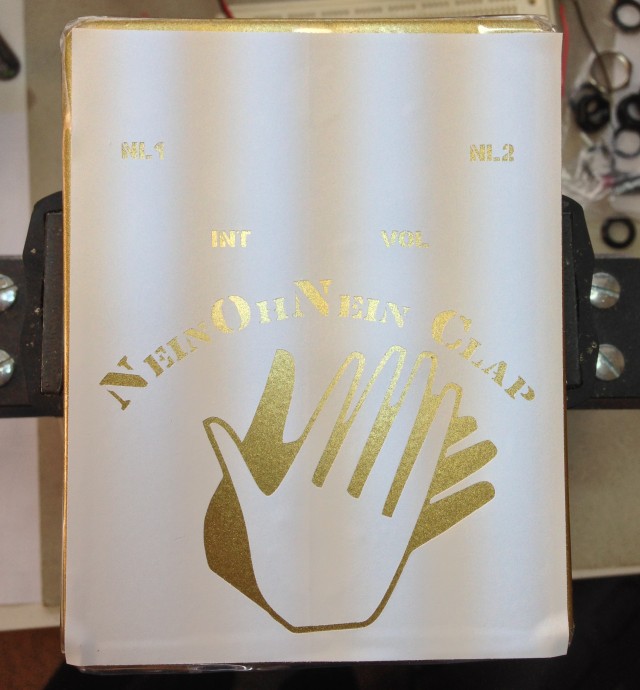 I sprayed the masked pedal with Krylon indoor-outdoor gloss paint (banner red). I let it dry for 10 minutes and pealed off the stencil. To my relief, almost everything looked good! The sticker stencil technique worked and there was paint only where I wanted it. I did have to touch up the bottom of the hand the next day. It got weird because of the paint pooling at the bottom of the stencil. It is still not perfect, but that might be too much to ask for a first attempt. I must say, I am very happy with how it turned out.

The finishing touch was to paint the hexinverter.net and Delptronics logos on the bottom of the pedal (using another stencil of course). 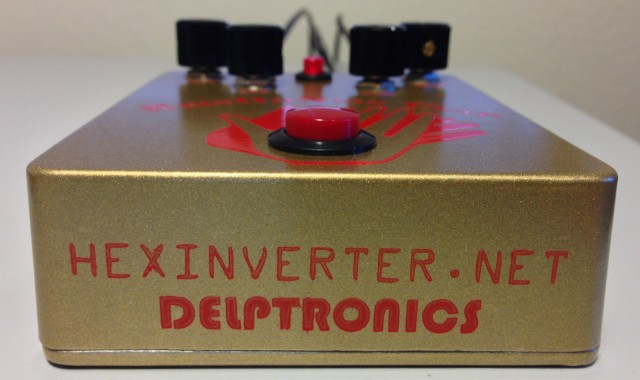